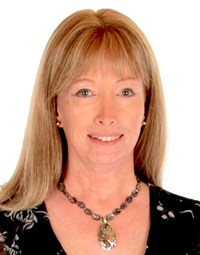 Today’s guest blog is by Lynn Conway, who is the Conway of "Mead and Conway," the book on VLSI Design that first moved VLSI Design from its priestly guilds within a few semiconductor companies and into first the universities and research institutes and then the mainstream. Lynn Conway was at Xerox PARC and Carver Mead at Caltech. Depending on your age, you either lived through this VLSI revolution or else this is the recent history of how the current approaches to design you use today first came into being. She has recently collected together a lot of the documents from that period into the…

When reflecting back in time with friends and family, we often use albums of snapshots to trigger shared memories—memories that bind us together and reveal how we got to where we are.

But what about the career-adventures of folks in Silicon Valley and beyond? More often than not we see final products of their work, but mementos of what happened along the way are often lost. Only too late do folks realize what “should have been saved.”

Somehow it was different for the VLSI revolution of the late 70’s and early 80’s. Perhaps it was the exciting visual nature of the artifacts. Whatever the reason, many original treasures from that era have been saved—stored away in people’s attics and basements for decades now—from old notes, to chip photos, to huge color check-plots.

During the past two years, members of the VLSI research team along with colleagues in academia and industry have been gathering up many original artifacts—archiving them at the Computer History Museum and scanning and posting many online. It’s a work in progress, and whatever we can find we put in there.

The resulting VLSI Archive is bringing the old adventures back to life and now includes things such as:

As a side note: demand for QTA chip prototyping later led to institutionalization of the MPC79 service as the MOSIS system—used for decades now to support chip prototyping by students and researchers in U.S. universities and industry—and MOSIS-like services later sprang up in many other countries too. 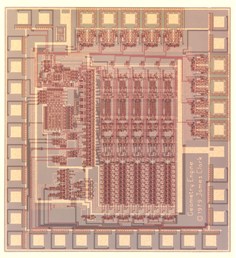 The VLSI movement also started it’s very own VLSI Conferences, which helped build a cohesive, forward-looking research community, and short-intensive courses were offered (such as the one by VLSI Technology) to faculty preparing to teach VLSI design and to early adopters in companies eager to exploit the new methods.

EDA was a vital dimension of the VLSI revolution, and the archive includes key documents from the development of modern design tools, from the early beginnings in Doug Fairbairn’s and Jim Rowson’s work on ICARUS and Lynn’s invention of scalable design rules, to the specification of CIF 2.0 by Bob Sproull and Dick Lyon, to Randy Bryant’s work on MOSSIM, to John Ousterhout’s work on CAESAR and MAGIC, on to the startups of VLSI Technology, Cadence, Valid Logic, Daisy, Mentor Graphics, Viewlogic and more. 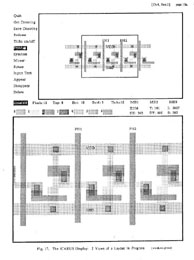 The revolution also had its own magazine: Created by Doug Fairbairn and Jim Rowson, LAMBDA (later VLSI Design) showcased important new advances and played a key role in the propagation of the new design methods and design tools.

As a result of all these wild happenings, the VLSI revolution really took off. Electronics Magazine spread the alert in a 1981 feature article, and as they say “the rest is history.”

You’ll sense the excitement of the times by browsing among the mementos, using the archive sprea
dsheet to access individual items. For further reading see my report The MPC Adventures and the National Research Council book Funding a Revolution in which much of Chapter 4 is devoted to the VLSI work

On reflection, it’s clear there are many other adventures out there—stories as yet untold—carried only in the shared memories of the folks who’ve built our industry. It would be great if their treasured mementos could be gathered up and shared online too!

This entry was posted in guest blog. Bookmark the permalink.