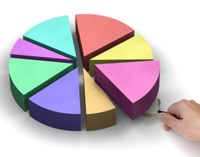 Qimonda, the memory spinout from Infineon, itself the semiconductor spinout from Siemens filed for bankruptcy today. This is not all that significant for EDA since memory companies have few designs and enormous volumes. Larry Grant, the corporate counsel when I was at VLSI, had come from Micron and was amazed at the difference with an ASIC business: “At Micron we put around one design into production per year, here we put a couple into production most days.”

One problem I understand Qimonda has is that their buried wordline technology is different from the technology used by all the other DRAM manufacturers and requires some special semiconductor equipment to manufacture which makes them even less price competitive. Their fab is in Dresden in Germany (in the old East Germany) which is also probably a handicap both in terms of labor cost, and flexibility in adjusting the size of the workforce.

More significant for EDA is that I think this is another symptom of the consolidation that is going to occur in semiconductor through this downturn. Some of this consolidation will be the usual efficiencies of scale but there is also a new wrinkle in play this time.

The large semiconductor companies have historically owned their own fabs for at least a large portion of their manufacturing capacity. They then needed to have enough product lines to fill the fabs, which in turn meant a certain scale. They were called IDMs, integrated device manufacturers, to distinguish them from fabless semiconductor companies who did design, marketing, sales but left the manufacturing to TSMC and UMC in Taiwan. Even if they were wanted to own their own fabs for some reason, they didn’t have enough products to keep them full. However, as fabs have got more expensive and the technology development necessary to have a state-of-the-art process has risen, the size necessary to justify owning a fab has increased beyond the volume of almost any semiconductor company outside of memory and Intel. So companies like AMD and Texas Instruments are going completely fabless.

Once semiconductor companies are fabless, the motivation for having the existing set of divisions in the same company doesn’t necessarily make that much sense. NXP (née Philips Semiconductors) has sold its wireless division to ST. That transaction was probably driven by the need to raise some cash by NXP’s private equity owners, but I think it is typical of the sort of transaction we are likely to see. Freescale (née Motorola semiconductor division) has its wireless division up for sale too.

It is interesting (well, to some people like me) as to why companies exist at all. Why don’t we all just be independent contractors and take orders for our services. The first person to think much about this was Ronald Coase who realized that the transaction costs involved in us all operating that way would swamp us, and so it is much more efficient to organize into companies with a more directive style. His work is known as (surprise) the Coase Theorem and dates from 1937. For a semiconductor company with a fab, it was more efficient to organize into a company built around manufacturing and have enough design and selling capacity to feed that beast.

I expect that many more changes in how the semiconductor industry is carved up into different companies will come about in the next year or two. Not just mergers, although there will probably be some of those, but divisions being sold so that when the dust settles there will be just a handful of serious competitors in any market space. For example, it looks like wireless is going to come down to TI, ST, Qualcomm and perhaps Samsung.

This entry was posted in semiconductor. Bookmark the permalink.