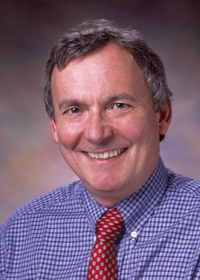 Today’s we have two guest blogs. First Lauro Rizzatti, who is general manager of EVE-USA, an emulation company. Despite his Italian name, Lauro is the US manager of a French-based emulation company. He takes a look at whether small or large companies are the source of innovation in EDA. As an executive for a small company, he takes the small-is-beautiful side of the argument.

While the debate rages on, it’s clear that in the emulation space that tools from smaller and more nimble companies’ such as EVE are winning the contest as next-generation emulation becomes an increasing important verification tool.

Emulation has been around since the dawn of commercial EDA 25 years ago and has been used to supplement software simulation. Since then, chip designers have used a wide variety of off-the-shelf FPGA-based emulators or custom emulators from large and small vendors (Zycad, IKOS, Quickturn, Mentor/Meta…) with varying degrees of success. EVE is turning this market segment upside down by unveiling an emulator based on standard FPGAs that’s set to end-of-life the traditional custom-based emulator.

Formal verification is another example. After a monumental failure by a large EDA vendor in the late 1990s, the industry wrote it off as a classic example of theoretical study that could not be applied to the commercial world. Since 2000 or so, companies such as Real Intent and its model checking software have proven the naysayers wrong. Verplex Systems and its equivalence checker were so successful that Cadence acquired it in 2003.

And, who could forget the success of tiny Co-Design Automation Inc. that produced the next-generation Verilog language SystemVerilog? Its founder Simon Davidmann and his team placed SystemVerilog, known then as SUPERLOG, into the public domain and it became an instant de facto standard. Synopsys snapped up Co-Design in 2002.

Perhaps it’s a result of focus and a small R&D team that gives a startup or small company the freedom to take a fresh approach such as these. Or in the case of emulation, the $200 million market cap is not big enough for a large EDA vendor to justify $30 million to develop a custom chip. A small company has the ability to offer a more cost-effective means for design and re-tooling.

Performance and price are important considerations, especially when selecting an emulation platform, and a startup or smaller company is often able to win these evaluation categories.

Startups and smaller companies can be more aggressive in identifying and responding to trends. A recent example is the way in which software is making the difference as the design team mix changes and co-verification strategies need to be considered. The smaller EDA vendors were quicker to react as the ratio of software engineers to hardware designers grew to ten to one, making emulators a handy tool for testing the integration of hardware and software.

Today more than ever, innovation comes from EDA startups and smaller companies. This is apparent in the emulation space as standard FPGA-based emulation solutions from smaller companies assume the leadership role, though other EDA segments are dominated by startups as well.It’s the age-old debate within the EDA industry: Are smaller companies more innovative and able to produce more breakthrough technologies compared to their larger, established competitors?

This entry was posted in guest blog. Bookmark the permalink.