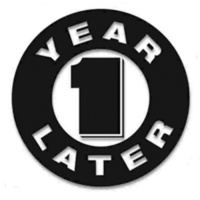 It is the one-year anniversary of Obama’s inauguration and so I decided I’d look back at the blog entry that I wrote a year ago to see how well it has stood up. I called out a couple of big things that I worried were likely to happen in the Obama administration with its control of both houses.

The first was that success would be decided in Washington through lobbying and rent-seeking rather than the marketplace. Of course, Washington doesn’t control the entire economy but there has been no shortage of examples to point to of this. Government picking winners never seems to work. I lived in Britain in the 1970s and saw plenty of that then. The big problem is that the government doesn’t pick winners, they pick losers who happen to have strong political power; dying or mismanaged companies like GM or Fannie-Mae or Citibank. I don’t think we want the government trying to pick winners like some sort of venture capitalist of last resort looking for the next Google, but it would probably be a better use of the money. I saw an interesting analysis the other day that the entire space program of the 1960s to put a man on the moon, adjusted for inflation, cost less than the AIG bailout. Of course the country is richer now, even in the downturn, than it was then so it may be less as a percentage of GDP, but still.

The second thing I worried about was anti-trade rhetoric. Semiconductor and EDA are global businesses, since you can’t really build a fab and just serve the local market from it; they are too expensive. I think there is probably some sort of trade-war coming with China, partially because they will make a good scapegoat during the elections later in the year, and partly because China really is a lot less open to trade than they try to appear. And it will hit the news soon since the WTO has accepted to hear China’s complaint about the US tariff on cheap tires. It is also going to be interesting to see how the latest spat with Google plays out. Further, since most of Asia pegs its currency to the US dollar, and the US dollar is weak due to the unending deficits, it can only decline in practice against the European currencies, which will lead to trade tensions there too as European exports to Asia and the US become increasingly overpriced.

The best thing for Silicon Valley is when the marketplace picks winners and losers and Washington keeps out of the game. Brown’s election in Massachusetts is a warning shot across the bow of the current administration but I don’t think it is any kind of endorsement of the Republican party policies—does anyone even know what they are? Until today the Republican strategy for the 2010 elections seemed like it would be to run on the policy of repealing an unpopular health-care bill. Now they’ll actually have to say what they might do instead.

This entry was posted in silicon valley. Bookmark the permalink.