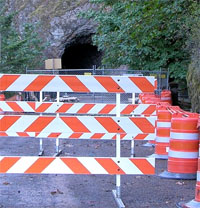 When I looked around at DAC last month (well, the month before last, what happened to August?) one thing that is in some ways surprising is that, given the poor growth prospects of the EDA industry, there are so many small EDA companies.

If you are a technologist of some sort then it seems like the challenge of getting an EDA company going is insurmountable. After all, there are probably only a couple of dozen people in the world who have deep enough knowledge of the esoteric area of design or semiconductor to be able to create an effective product. That seems like it should count as a high barrier.

But, in fact, technology is the lowest of barriers if you are in a market where technology counts for something. Designing and building chips is something that races along at such a breakneck pace that the whole design ecosystem is disrupted every few years and new technology is required. It has to come from somewhere. As a result, brand-name counts for very little and small companies with differentiated important technology can be successful very quickly.

Other industries are not like that nowhere else does technology move so fast. What was the last big innovation in automotive? Probably hybrid powertrains. Most cars still don’t have them and it is now ten year old technology.

Let’s think of an industry with just about the least amount of technology, so pretty much at the other end of the scale from EDA and semiconductor: bottled water. Do you think that your bottled water startup is going to do well because you have better water technology? Do you think that the customer who chose Perrier rather than Calistoga could actually taste the difference anyway? Bottled water is selling some sort of emotional aspirational dream.

You’ve obviously noticed that if you go to bar and get upscale water then you typically end up with something from Europe (San Pellegrino, Perrier, Evian) and not something from California (Crystal Geyser, Calistoga). It has to be bottled in Europe and shipped here. Why don’t they ship it in bulk and bottle it here? For the same reason as wine is bottled before it is shipped: nobody would trust what was in the bottle. One thing that surprised me when I was in Japan a couple of years ago is that the Crystal Geyser water we turn down as being insufficiently upscale is what they drink over there. It comes from California, the other side of the Pacific, how exotic is that? I don’t know if the third leg of the stool exists, people in Europe drinking water from Asia: bottled from a spring on Mount Fuji, how zen is that?.

In between are lots of companies and industries where there is obviously a technical component, and an emotional component. BMW may be the ultimate driving machine, but most people who buy one couldn’t tell you what a brake-horsepower is, even if they know how many their car has. And almost nobody actually uses all that horsepower, running their car at the redline on the tacho all the time. Yes, there’s technology but mostly it’s an emotional sell.

In the commercial world, think of Oracle. Do you think you are going to displace Oracle because you’re little startup has some superior relational database technology? No, there’s a whole ecosystem around Oracle, they largely sell to people who don’t understand technology (CFOs) and so brand-name counts for something. They are partially making an emotional decision and buying peace of mind.

Brand name still counts for a lot in the consumer market space, even if less than it used to. This is measured by the increase in price for the brand name that consumers will pay compared to the no-name. Many of the top brand names in the world (Coca-Cola, Kellogs, Colgate) are very old going back a century or so but the premium, especially in the current downturn, that people will pay to get a Sony rather than Best Buy own-brand is shrinking.

So brand name or ecosystem are really high barriers to entry. Technology not much. A few smart guys and a two or three years of writing code is a lot easier than recreating the ecosystem around ARM, never mind making your cola as well known as Coke.

This entry was posted in engineering, investment. Bookmark the permalink.