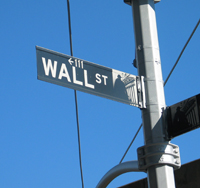 Wall Street does a terrible job of valuing investment. I’ve talked earlier about how financial accounting standards do a poor job of capturing the value of many modern companies in their balance sheet. But Wall Street is driven by people who only know how to read a balance sheet (and a P&L which is just an explanation of changes to the balance sheet) and they act as if the balance sheet is the truth.

As a result, Wall Street loves acquisitions and hates investment, even if the investment is much cheaper than an acquisition.

Assume bigCo acquires startupCo for $100M. FASB considers the acquisition to have something to do with the business going forward as if it were a piece of land just purchased that needs to be carried on the books and have its value adjusted from time to time. But in reality it should adjust the prior quarters’ P&Ls to reflect the fact that all that R&D that was done should really have been set against revenue back then. When we were allowed to account for acquisitions through pooling of assets, it was closer to this but still got stuck with the goodwill which really also should be partially set against prior quarters. Anyway, Wall Street loves this sort of deal, whatever the price, since it is seen as a write-off (purchase price) leaving a leaner cleaner company to make more profit going forward. It doesn’t care about prior quarters anyway.

By contrast, if bigCo instead spent $1M per quarter for the previous couple of years, which is much less than the $100M it acquired startupCo for, then Wall Street would have penalized it by lowering its stock price due to the lower profitability. Since the investment doesn’t show on the balance sheet it is a pure loss with no visible increase in anything good. Of course it is hard for anyone, especially financial types on Wall Street, to know if the investment is going to turn out to be Design Compiler (good) or Synergy (not good), if it is Silicon Ensemble (good) or Route66 (not good). But the same could be said about any other investment: is that expensive factory for iPods (good) or Segways (bad).

When a company goes public, it sells some shares for cash, so ends up with lots of cash in the bank. But it then finds that it is hard to spend that cash except on acquisitions. If it invests it in R&D, then the net income will be lower than before and so the share price will decline from the IPO price due to the reduced profitability. If it uses it to acquire companies, then prior to the acquisition its profit is high (no investment) so its stock price is high. After the acquisition its profit is high (new product to sell with largely sunk costs). At the acquisition, Wall Street doesn’t care because it is a one-time event and Wall Street never cares about one-time events. Even if, like emergency spending in Congress, they happen every year.

I think it is bad when accounting rules in effect force a company to make tradeoffs that are obviously wrong. It is obviously better to develop a tool for $10M than buy a company that builds the same tool for $100M. Yet Wall Street prefers it, so that’s what happens. Of course there is a difference between developing a product that might succeed and buying a company that is already succeeding, and I’ve talked before about the issues of getting products into the channel. So the acquisition might make sense anyway. But accounting skews those decisions too much.

This entry was posted in investment. Bookmark the permalink.