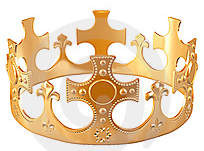 Venture capitalists love royalties. They love royalties because they think that they might get an unexpected upside since they are hoping that a customer, in effect, signs up for a royalty and sells far more of their product than they expected and thus has to pay much more royalty than expected. Since a normal successful EDA business is predictable (license fees, boring) it doesn’t have a lot of unlimited upside.

My experience is that you need to be careful how to structure royalty deals to have any hope of that happening. At VLSI I remember we once had a deal to build a chip for one of the Japanese game companies if we could do it really fast (we were good at that sort of thing). It needed lots of IP so we just signed everyone’s deal with no license fees for as long as possible, but which all had ridiculous royalty rates. We probably had a total of about 25% royalty on the part, more than our margin. But we reasoned as follows: “One in three, the project gets canceled and never goes into production (it did); one in three it goes into production, but we never ship enough volume to reach the point we pay more in royalties than we would in license fees; one in three it is a big success and we tell everyone the royalty they are going to get, and if they don’t accept, we design them out.”

IP is more mature now, so the royalty rates and contracts are more realistic. Back then the lawyers could consume the whole design cycle negotiating terms and there wasn’t enough time to wait. Everyone thought their non-differentiated IP was worth a big royalty of a few percent, even though a big SoC (even then) might have dozens of IP blocks that size. So perhaps the problem has gone away. If you were on a short time to market, you simply didn’t have time to negotiate terms or royalty rates. You had to get going. Hence our strategy of accepting everything on the basis we’d renegotiate if it became important.

The best form of royalty is one that is paid out elsewhere in the value chain. If TSMC pays a royalty to Artisan (now ARM) or Blaze (now Tela) then the customer ends up paying since TSMC adds it to their bill. But if the chip is a success then the customer doesn’t get to re-negotiate from a position of strength. If the overall deal is a huge success then TSMC has probably negotiated percentage breaks anyway (I don’t know any details so I’m guessing) and can choose either to reduce the cost it charges on or take a bigger profit.

The reality is that they are often disappointing. Mike Muller, CTO of ARM once told me that “royalties are always later and less than you expect.” It took Artisan 15 years to get to the stage it was sold to ARM, those royalties were largely licenses fees foregone in the early years. ARM was, in effect, paying for money pushed into the future that it would then collect.

At one level, many people say that it is a pity that EDA doesn’t get a percentage of semiconductor revenue. But in a way, they do. EDA has been around 1.5-2% of semiconductor revenue for years. Of course EDA would like that number to be 4% but it’s unlikely that semiconductor companies would have signed up for the deal of no upfront money and big royalties, even though they would probably have been served well by it. They would have avoided any of the business impact that many companies suffer due to having inadequate numbers of licenses.

This entry was posted in finance, marketing. Bookmark the permalink.