Venture capital for EDA is dead 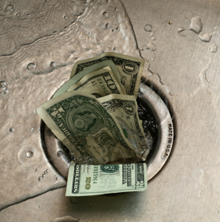 There have been a couple of recent articles about venture capital in Business Week, ABC News and elsewhere. They have focused on venture capital being broken since many funds are losing money and even that venture capital, in aggregate, is investing more than it is taking out in exits. There are short term problems with the current downturn too. For example, I’ve heard of limited partners (the actual investors) refusing capital calls when a fund wants to make an investment. As a result, VCs have essentially suspended new investments for Q4 of 2008 and Q1 of 2009. Of course one of the biggest problem of all is that the market for IPOs is closed completely.

In the EDA world venture capital has been broken for some time. VC funds are simply too large and too risk averse. In effect they have become private equity banks. The reason size matters is that a $500M or $1B fund simply can’t make $5M or $10M investments. A partner can only serve on a limited number of boards and funds of this size would need to make hundreds of investments. Instead, they need to focus on making fewer big investments. However, early stage investments simply don’t require that much money, and the amount of money that they do require is continuing to decrease in the software world. A cynic might look at the enormous VC investment in cleantech, especially solar, as being attractive simply because they require a lot of money to get to manufacturing. On the other hand, Web 2.0 and EDA startups require little money, often less than $10M, to get to revenue.

The herd dynamic means that VCs all either want to invest in a sector or don’t. A VC told me once that “venture capitalists make sheep look like independent thinkers”. So if the big guys like Sequoia or Kleiner-Perkins are avoiding a sector (perhaps just because their funds are too simply big for the sector or the limited partners have directed them) then everyone else seems to avoid it too. EDA has been out of favor for some time since each startup does not address a “billion dollar market” nor is it not going to be a phenomenon (although without much revenue) like Facebook or mySQL.

In the software world, the cost of hardware is basically zero (we all have a computer already and even buying a new one is something we can afford without a VC) and software productivity is improving all the time. In the web world this is driven by languages like Python and Ruby, along with environments like Django or Rails. And for web infrastructure there is Amazon S3 and Google App Engine. All the costs are variable so big upfront investment isn’t needed even to scale to millions of users. In the EDA world this is driven by the same languages, along with infrastructure like Open Access that mean that a startup doesn’t need to spend its first year or so building its underlying scaffolding, it can focus immediately on code that adds real value to users.

Paul Graham of Y-combinator thinks that VCs have become redundant in the internet space. In EDA the amount of money required is low enough that personal investment and private investors are sometimes enough to get to positive cash-flow without any venture capital at all. Altos and Apache are both profitable and were funded entirely privately. Denali has been private and reportedly very profitable for a long time; they certainly throw a good party.

How long before a venture capital fund decides to buy a company, removing any semblance of being genuinely different from private equity banks?

This entry was posted in investment. Bookmark the permalink.