“The tragedy of the commons” and EDA 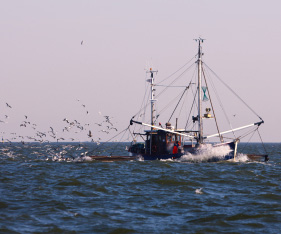 The tragedy of the commons is an article published in Science magazine in 1968 by Garrett Hardin. It has since become very well known and is applicable widely when resources are shared without a market. The canonical example is common land being over-grazed or a common ocean being over-fished. It is in every fisherman’s interest to fish as much as he can even though he knows that the area is being over-fished. If fishes a bit more than his quota (assuming there is one) he gets to keep all the value of the extra fish but the cost of the over-fishing is spread among all the other fisherman.

So what does this have to do with EDA?

Each semiconductor company knows that they need EDA investment in R&D to be healthy. However, when they negotiate with the EDA vendors, of course they want to get the lowest price possible. They get all the money they save, but the impact of the reduced revenue is spread among them and all their competitors, perhaps a 5% problem for them.

But just like over-fishing the oceans, each vendor pursuing this strategy means that EDA risks being starved for investment. Each semiconductor company’s dream is that they get their EDA software for almost nothing, but that all the other semiconductor companies over-pay so EDA has plenty to invest. But that is not the situation we are in today, even before the recent economic chaos.

In one of the comments to an earlier entry somebody was pointing out that EDA is dead, using the Monty Python dead parrot sketch (“This parrot is no more! He has ceased to be!”) to emphasize the point. If EDA was, say, the newspaper industry then this would be unarguable. The only debate is when, and how, and what comes next. But EDA is not a buggy-whip business, it cannot go away. It can only change its form. As a venture investment, I agree it is dead. As a business, probably not. And as a technology, certainly not.

Since almost all electronics depends on semiconductors and since semiconductors can only be designed with EDA tools, this is a potential problem brewing. Electronics is about 3 trillion dollars, semiconductor is about 400 billion dollars, and EDA is just 5 billion. It is tempting to think of EDA as a hair attempting to wag the tail and have the tail wag the dog. But EDA is more like the pituitary gland, a tiny bit of the animal but without which nothing else works.

This entry was posted in eda industry, marketing. Bookmark the permalink.