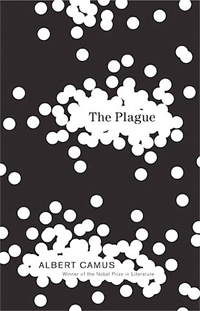 Unfortunately semiconductor is not the only thing that has some level of exponentiality going in its favor. For some areas this is a good thing: the human genome project spent 3 billion dollars to sequence the first genome (back when that was really money, before stimulus bills made a thousand million dollars seem like a rounding error). Now 23andme will do it for you for $399. Only a year ago it was $1000.

One area where this is worrying is terrorism. Back in 1945 it took the most powerful nation in the world using pretty much every single one of its physicists, and diverting a huge amount of its electric power, to develop an atomic bomb. For the next 30 years or so it took a really advanced nation to do so. Then even Pakistan and North Korea, nobody’s ideas of advanced nations, had atomic bombs. Soon, probably, Iran. But nuclear bombs are less worrying than biology.

But biology is getting easier and easier. It used to require national level biology labs and billions of dollars to develop any sort of pathogen that could be used as a biological weapon. But just as with the human genome project the scale required is coming down.

If you look at the potential for weapons to be really destructive, I think that there are two dimensions of especial interest: how big an organization (people, money, buildings) is required to create the weapon; and how localized is the effect of it when used.

If you create a really sharp sword, it may require a samurai master to make it but it doesn’t require a thousand of them coordinated. And the sharpest sword in the world cannot do that much damage, it is restricted to killing people around you.

A conventional bomb doesn’t require much to create, as we discovered in the first world-trade center bombing (and Oklahoma City bombing). Ammonium nitrate (fertilizer) and fuel oil will do the trick. It is moderately destructive on the building scale. But even with a shipload of explosives, you can’t destroy a whole city let alone a country.

Building a nuclear weapon or a designer plague virus today still is not something that an individual with the right knowledge can do in their kitchen. And building a nuclear weapon will never reach that stage, since it certainly requires complex machine tools, very high explosives and so forth. You are simply not going to set up a chain of gas centrifuges in your basement. But designing and manufacturing a pathogen looks like it will be something an individual can do in a non-specialist lab.

The hard part with biological weapons, if you want to have a fast effect, seems to be the delivery. It is hard to infect even a whole city all at once. But if you don’t care that it takes time, a contagious disease will affect most of a city gradually, just as smallpox and plague used to do, and gradually a whole country.

Today, if you are a lunatic bent on destroying the world, you can’t build a nuclear bomb on your own and you can’t yet design a contagious plague to kill us all off. But it is probably only a matter of 10 or 20 years before an individual can design his own plague.

Opposing that designer plague, biology can use national scale infrastructure to develop antigens or vaccines really fast. But defense is always difficult in this environment. If there are 100 pathogens, only one needs to get through, even 99% effectiveness at stopping them is not good enough. Look at the war between virus writers and virus detection software to keep our computers clean.

We are moving towards the era where anyone who feels sufficiently alienated can spend a weekend in his (it’s bound to be a him) garage and then maybe kill off the human race.

This entry was posted in culture. Bookmark the permalink.