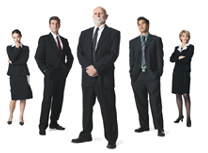 I’ve put together several business plans for EDA startups once the product is ready for market. One question is always how much money needs to be raised. The answer always turns out to be about $6M.

When you put together a spreadsheet to show how the bookings will build up, there are two factors to which the amount of money turns out to be very sensitive:

The answer to these two questions governs how much you need to invest in a sales team before they are a net positive for the company, and the total and timing of that investment governs how big a hole you have to cover and thus how much money you need to raise.

You might think that how big you plan to get is a critical variable, but in fact the answer is about a $50M run-rate after 5 years. If you don’t have a plan like this then nobody will fund you (they probably won’t anyway at present, but let’s leave that to one side). You almost certainly won’t grow that fast, and everyone knows it, but they will “take a haircut” to any numbers you give them anyway, so you’d better play along and give them big ones.

Other assumptions you’d better bake in. Any bookings you have will come in the last week of the quarter. This means that any cash associated with that order will not come until the following quarter. So every quarter, for every sales team, you need to pay all their salaries without the cash from the business they are generating that quarter to offset those expenses.

Each salesperson needs two application engineers to be effective. Or at least 1½. This means that a sales team costs approximately $800K per year in salaries, travel and so on, which is $200K per quarter, perhaps a little less if you don’t have the full 2 AEs per salesperson.

EDA tends to have a 6 month sales cycle. So normally  a new salesperson won’t close business in less than 6 months, and probably 9 months (3 months to understand the product and set up initial meetings, 6 months of sales cycle). I like to use a ramp of $0, $0, $250, $250, $500 for the first 5 quarters, which assumes a salesperson sells nothing for two quarters, is at half speed for two quarters and then hits the full $2M/year rate. Later this may be conservative since a new salesperson can inherit some funnel from other existing salespeople in the same territory and so hit the ground if not running then at least not at a standing start. In the early days it might be optimistic since I’ve assumed that the product really is ready for sale and it is just a case of adding sales teams. But realistically it probably isn’t.

So those are the variables. In 5 years you need to be at $50M which means about 25 sales teams at the end of year 4 (because only those sales teams really bring in revenue in year 5). Some may be through distribution, especially in Asia, but it turns out not to make all that much difference to the numbers.

If you hire people too fast on day one, then the hole gets huge before your first teams start to bring in any money to cover the cost of the later guys. You need to get to about $7M of bookings before things get a bit easier and the early salespeople are bringing in enough to cover the costs of the rest of the company. However, if you bring in people too slowly then you will not get to a high enough number in the out years. The trick is to hire in a very measured way early and then accelerate hiring later. This will give a hole of about $4-5M meaning you should raise about $6M to give yourself some cushion to cover all the inevitable delays.

This entry was posted in eda industry, finance, management, sales. Bookmark the permalink.