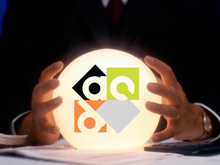 I attended a “DAC strategy meeting” earlier this week, basically a meeting about how to make DAC more successful. The numbers are currently all going in the wrong direction.

Any attendee to DAC can’t fail to have noticed that the amount of space on the tradeshow floor is decreasing every year. In fact it has almost halved since 2005. Tradeshow floorspace translates almost directly into dollars so this is a big financial impact. The number of exhibitors is not down nearly so much, by about 20% (there are still nearly 200 EDA companies attending). The biggest difference is probably that the big companies no longer have huge booths with 50 or 60 demo suites, and small companies basically just have one or two demo suites and a reception desk without a real booth. Attendance of visitors to the exhibits is also down from a peak of over 4000 people in 2006 (admittedly in San Francisco which is always anomalous) to less than 2000 this year.

What about the technical conference? Submissions of papers for DAC continue to be strong at around 800 papers per year. It hasn’t seen the falloff of other conferences like ICCAD and clearly remains the pre-eminent conference in EDA. But attendance is way down. In 2000 there were 4500 people paying for the whole conference, now only 1500. In fact it is worse than that since there are about 700 people who get to go free (or at reduced prices) since they are speakers, session chairs, on the DAC organizing committee and so on. So true general public paid attendance has gone from 3800 to 800, a reduction of 80%.

So what is to be done to increase the value of attending DAC to the exhibitors, the exhibit attendees and the technical conference attendees.

One desire is to broaden DAC into neighboring spaces, in particular embedded systems and software. Having been in that business I’m not sure that will work. Embedded systems already have their own conference ESC (actually several although only the main one in San Jose is on a DAC-like scale). And embedded systems companies there sit around and grouse that their customers don’t all show up, that it is not clear that their customers even think of themselves as being in the embedded software business. If they won’t attend ESC I think it is a stretch to think they’ll attend DAC although there are always some people who straddle the divide (virtual platforms, register management etc).

There is a big push in the conference to increase interaction. Technical presentations, which have always been 30 minutes, will now be 15 minutes with a poster session outside immediately afterwards for people who are especially interested in the material. There will also be a reception at the end of each day (free beer is always an idea worth trying). This will replace the DAC party (not the Denali party which Cadence said they would continue). This was always a weird hybrid: exhibitors not invited, a dance band when the audience is about 95% male, music too loud to talk over, uninspiring food.

DAC is a curious hybrid of an academic conference largely attended by people who are not working in the EDA industry, and a tradeshow largely attended by people who don’t go to the technical sessions. It wasn’t always that way. Ten or twenty years ago EDA companies would send large numbers of engineers to attend the sessions. I’ve been to every DAC since Albuquerque and for the first ten or fifteen years I was an engineer and went to technical sessions. But now budgets are so much tighter and the utility of going seems have decreased. Synthesis was perhaps the last big area where EDA broadly commercialized and extended work from academia.

I still go to DAC but mainly I go to meet people. As a blogger I get a press pass for free so it costs me very little to go, and I usually end up getting at least one consulting gig out of going which more than covers the airfare and hotel (and when it is in San Francisco it is a ten minute walk from where I live so I don’t even have those costs). Most people in EDA who go are either exhibitors or manage to get a free pass anyway.

Tradeshows are clearly not dead in general. One problem in our business is that the big companies (EDA companies like Cadence, IP companies like ARM and foundries like Global), have decided that it makes more sense to organize their own one-company tradeshows. After all they don’t get leads out of DAC in the same way as a small unknown company does. Nobody discovers TSMC makes wafers or Synopsys does synthesis by going to DAC. I suspect it is cheaper too.

Perhaps the model for DAC (and conferences in general) is going to turn out to be TED. People go to the TED conference itself in Long Beach to interact with others. But most people experience TED for free through the videos as they get edited and released in the months following the conference. That’s the paradox: people are paying $6000 to experience the same material they can watch for free. But people pay good money to see, say, Arcade Fire live when they can download the album for $9.99. How to achieve that balance is a huge challenge: making DAC the ultimate must-attend industry/academia networking event, and providing a lot of the content to non-attendees by web-based video.